Legendary artist and studio maestro Alan Parsons has released a new single and music video, “The NeverEnding Show”. Watch the video below.

The song and video will appear on Alan’s upcoming live album and video release, The NeverEnding Show: Live In The Netherlands. The song (and dazzling clip) offers a preview of the new studio album Alan is currently working on for release in 2022.

Parsons will release the new live album, The NeverEnding Show: Live In The Netherlands, on November 5th. The release features the performance that the Alan Parsons Live Project hosted at Tivoli in Utrecht, The Netherlands on May 5, 2019.

The band was, as usual, in great shape and fed extra energy by an enthusiastic audience. An incredible performance from the definitive formation of the group of exemplary musicians with whom Alan has toured. Watch a performance of “Games People Play” below, and pre-order / register The NeverEnding Show: Live In The Netherlands here.

Available in the following formats: 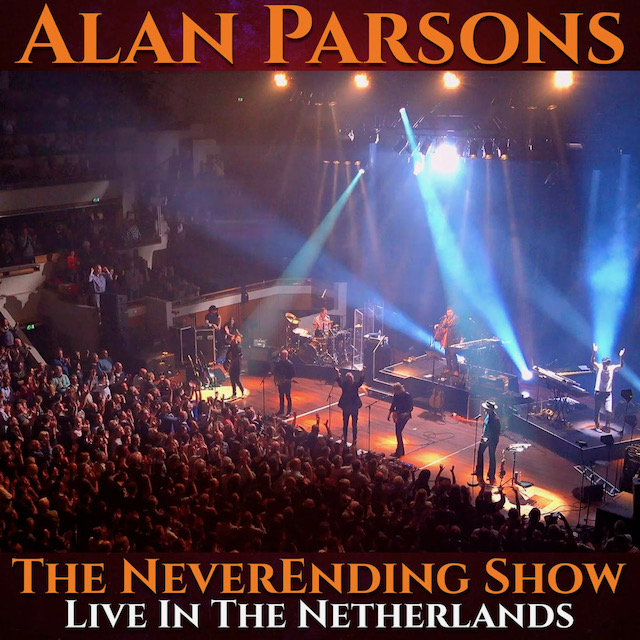 CD2:
“Don’t let it show”
“I robot”
“Spotlight”
“Standing on higher ground”
“As the lights go down”
“I can’t get there from here”
“First hour”
“Sirius” + “Eyes in the Sky” (Medley)
“Old and wise”
“(The system) of Dr. Tarr and Professor Fether”
“Games that people play”
Bonus track “The NeverEnding Show” (New studio audio track)