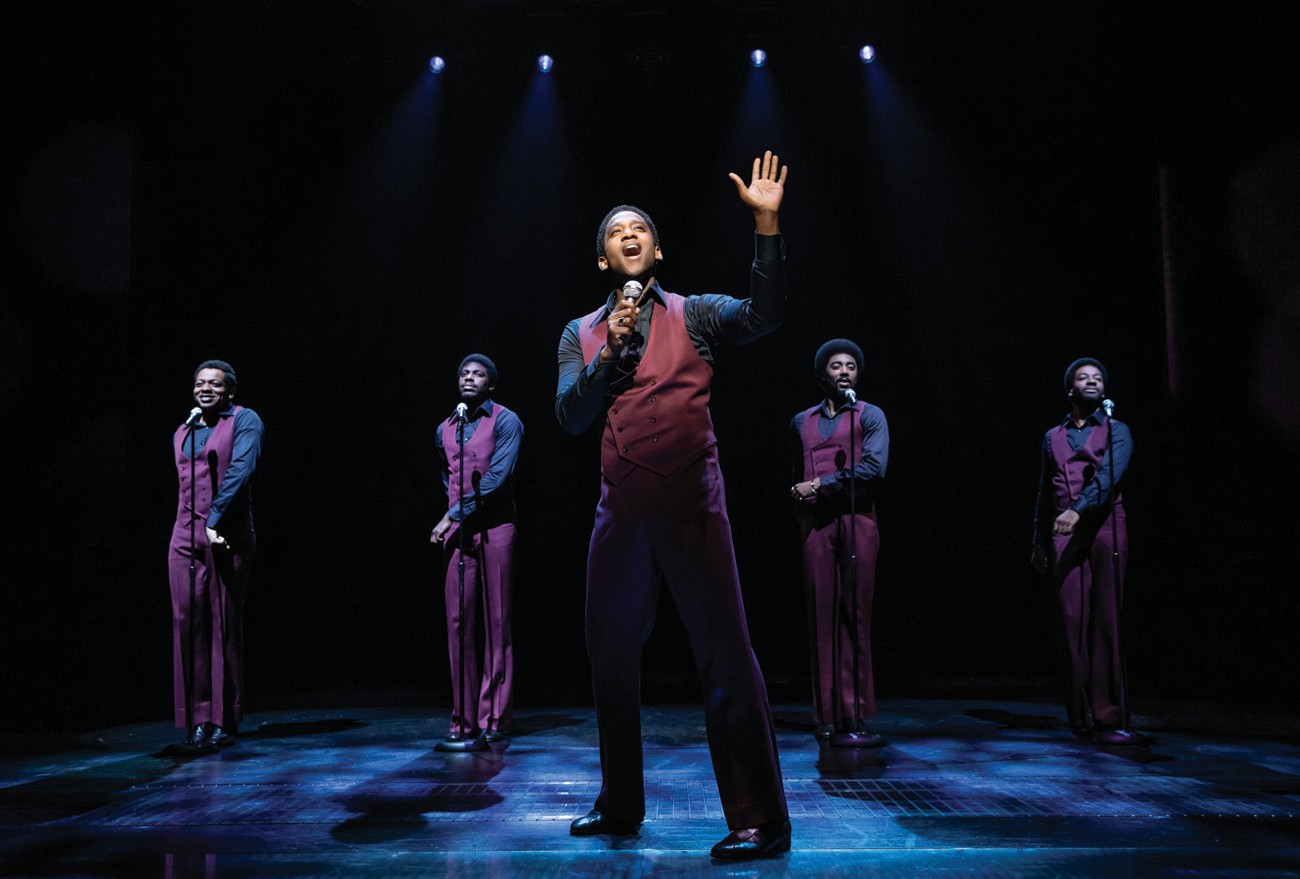 Ask actor/singer/dancer Marcus Paul James what it’s like to play one of the founding members of The Temptations and he’ll say, “It’s like living or swimming or singing in real history , because it’s so iconic. The music was crafted in a unique way over time – it’s its own jewelry box.

“It works all the time. Every time you hear a Temptations song, you still stomp your feet. It’s just as brilliant, just as infectious now as it was then.

Even if some of the music is 50 or 60 years old, you automatically feel happy, you feel joy when you hear it, he says.

The group chained hit after hit, including “My Girl”, “Ain’t Too Proud to Beg”, “Papa Was a Rolling Stone”, “The Way You Do the Things You Do”, “Can’t Get Next to You,” “Ball of Confusion (That’s What the World Is Today),” and “Cloud Nine,” to name a few of their hits.

The group has had four Billboard Hot 100 number one hits and 14 R&B number one singles. 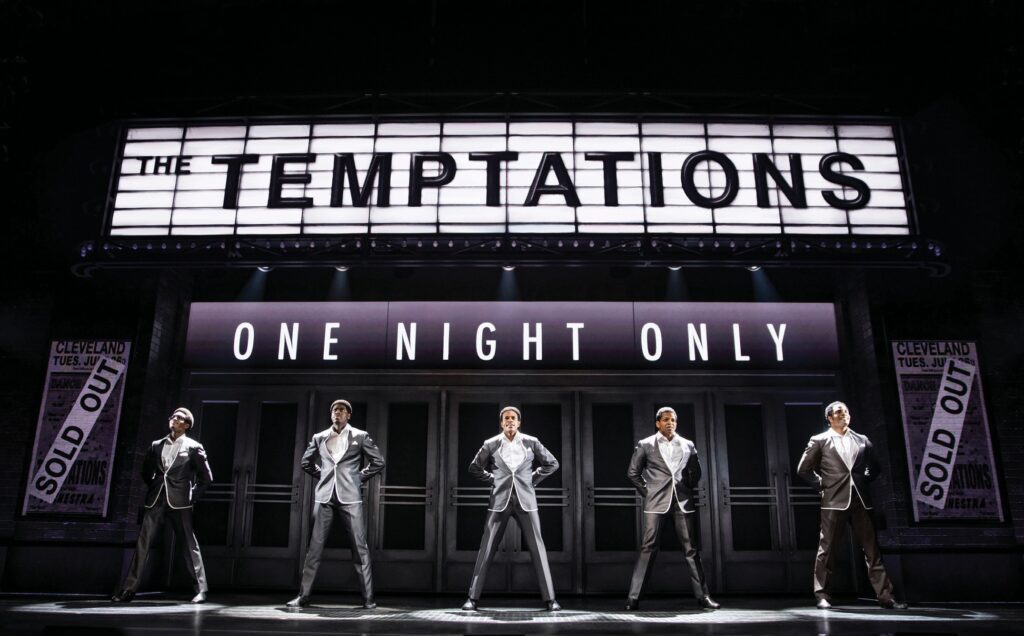 Their music is sung at wedding receptions and karaoke and played in movie soundtracks. Musicians from Rare Earth to Otis Redding to Rod Stewart have covered Temptations songs. The Rolling Stones covered three.

“It feels timeless. Being part of the real-life version makes me feel like I’m on my feet, surrounded by history,” says James.

He plays Otis Williams, one of the original founders of the famous Motown quintet, The Temptations, in “Ain’t Too Proud to Beg: The Life and Times of the Temptations”. The musical, nominated for 11 Tony Awards, won Best Choreography.

The Broadway touring musical plays at Artis—Naples this week through Feb. 6; the Broward Center for Performing Arts in Fort Lauderdale Feb. 8-20; and at the Barbara B. Mann Performing Arts Hall in Fort Myers from February 22-27. 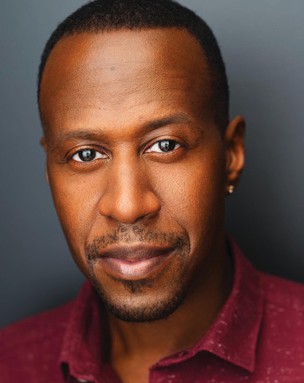 Listening to Michael Jackson and the Jackson 5 in the ’80s was his gateway to Motown, James says. His parents grew up listening to the Temptations and other Motown bands, then played them at home when he was growing up.

“My mother adored Temptations! And Melvin in particular,” he says, referring to Melvin Franklin, one of the original members.

His favorite Temptations song is also the title of the show: “Ain’t Too Proud to Beg”.

“It was probably the first song I heard from the Temptations,” says Mr. James. “It made so much sense to me as a child listener. I like that feeling: I’m not too proud. A man saying, ‘I’m going to get down on my knees and beg your love.’

“In the show, this song is fantastic.”

But her favorite Temptations song offstage is a tie-in between “I Wish It Would Rain” and “Can’t Get Next To You.”

Otis Williams is the last surviving original member of The Temptations and still performs. The musical is based on his book about the group’s experiences. Playwright Dominque Morisseau wrote the musical’s book, interviewing Mr. Williams in depth on several occasions, Mr. James says.

He calls the man “Uncle O” and notes that although he portrays him on the show, he doesn’t try to emulate him.

“I think what we try to do, especially when they’re still alive, is to embody the spirit of the person, of the man. It makes it infinitely less stressful. I don’t have to walk and talk like a man standing in front of me.

Mr. Williams, he said, was “largely involved in the process. He was at every opening, every closing. We had dinner with him before leaving for this tour. He is always very supportive and always there. He’s so kind; he will answer all my questions. This makes storytelling a lot easier. »

On Broadway, Mr. James was a super swing for the show, a stunt double for three different characters, including Mr. Williams and David Ruffin.

“I got to play several characters on the show when I was on Broadway,” he says. “It was a great construction of perspective. When you’re roleplaying, your intentions and viewpoints are what you follow all the time. I have to build several points of view of the story.

“It was cool to dive into these incredible men, their incredible stories.

“Also, we don’t always see the inner workings of many black male stories (on Broadway.) It was wonderful to see different colors in the actual characters of these males.”

Prior to starring in “Ain’t Too Proud,” Mr. James starred in “Motown: the Musical.”

“I was multiple characters,” he says. “It wasn’t really linear. I was also a great swing, but more: I jumped between the Broadway show, the touring show and the promotional show. Some weeks I did all three; they made me fly. I literally had to carry my wig in my suitcase.

Mr James has also appeared on Broadway in ‘In the Heights’, ‘West Side Story’ and ‘Rent’. Singer-songwriter, he also records and performs his own music. (www.marcuspauljames.com)

The wonderful thing about the music of Motown and the Temptations is that “it doesn’t get old,” he says.

The Temptations, he says, are suave, cavalier, elegant.

Motown music is called the American Songbook, he notes, and tours across the country have confirmed it.

“I quickly realized that,” says Mr. James, “looking at the country in different places and spaces and cultural compositions: Oh, this is the music of America. It’s not particularly just black music, just R&B. It’s the American Songbook, as well as (the first standards). It’s our music and it’s shared by all of us. ¦

In the TO KNOW

“I’m Not Too Proud to Beg: The Life and Times of Temptations”

DMV's LB199X is on another level in "Higher" music video

In Their Own Words: Why Artists Are Leaving Spotify