The single, “Catastrophe”, is available now on all music streaming services and an official video for the song can be found below. Pre-order/save Finer Than Sin here.

Originally formed in 1984 in Chicago, Illinois, Enuff Z’Nuff got their big break in 1989 when they signed to Atco/Atlantic Records. The band’s self-titled album was a monster hit and spawned two evergreen singles, “New Thing” and “Fly High Michelle”. Both received consistent radio airplay and heavy rotation on MTV, spending over 60 weeks in the Top 10. 1991 saw the band release their second album, Strength. The album had a massive hard rock undertone and backed up the success achieved on the debut album.

The band made high-profile television and radio appearances on the likes of David Letterman and Howard Stern and were featured on Rolling Stone’s Hot Issue as “The Next Big Thing”. Enuff Z’nuff persevered through the new musical climates of the 90s and 2000s and went on to release over a dozen more studio records. 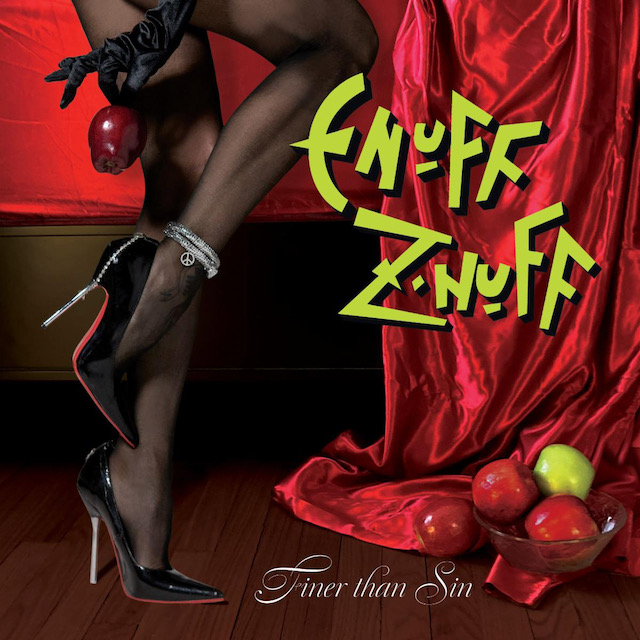 Enuff Z’Nuff has just completed a string of US dates with The Dead Daisies and has more US dates coming up, as well as international dates. See upcoming tour dates here.

The Enuff Z’nuff are: