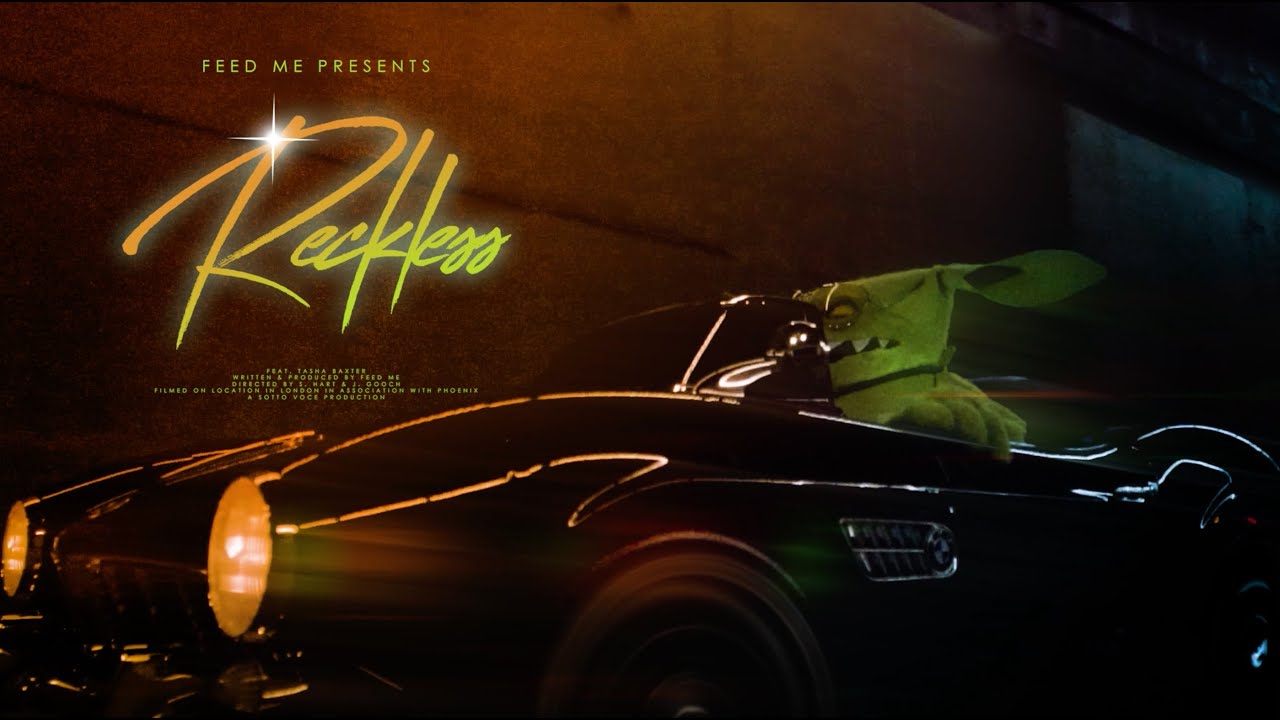 Feed Me is teaming up with Tasha Baxter for “Reckless”, the first single from her upcoming album on Sotto Voce.

After the release of his superb album High Street Creeps in 2019 and landing a number of releases on Monster cat and Circus records in 2020, things had been apparently calm since Feed me This year. But those who followed him closely on social media knew something special was in the works as the acclaimed artist teased that his new album was released two months ago. Today, the first taste of this album came with the release of “BoldÂ»Who sees him teaming up with Tasha baxter.

Dripping futuristic synth-pop sounds, “Reckless” is a track that perfectly captures the essence of Feed Me’s world-building abilities. It brings his studio mastery to full screen with the result of a vibrant soundscape full of euphoric tones. and textured synths. The icing on the cake of this release is the calming voice of Tasha Baxter, who fans should know after working with Feed Me on stunners like “Cloudburn” and “Ebb & Flow”. Her voice adapts perfectly to the ambience of the track and really takes it to the next level.

Associated with the release of “Reckless” is a music video produced by Feed Me that sees his likeness driving through London and enjoying all the city the world has to offer – and only proves that this song was meant to be listened to. while driving around at night.

“Reckless is a lockdown story reimagined as an escape fantasy and a chapter from a recalibration journal”, said feed me on the track before diving into the next release as a whole. “Next week’s album is a segment of a larger body of work totaling how I used the time you all gave me.”

Now that the lead single has been released to the world, the hype surrounding Feed Me’s upcoming album is gathering momentum. Released on Aug 13 via his fingerprint Sotto voce, we can’t wait to see how the next chapter in the Feed Me story unfolds.

Watch the music video for the song below, stream or purchase “Reckless” (feat. Tasha Baxter) on your favorite platform and let us know what you think in the comments!

PHOTOS: New Marvel Shang-Chi and What if ...? Merchandise arrives at Disneyland Resort

A conversation about Tom Petty