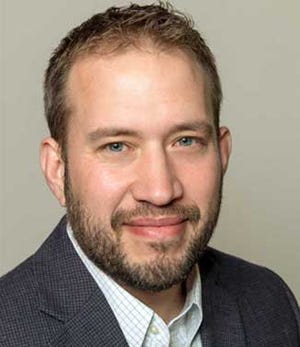 Anyone looking for an explanation for why former congressman Steve Chabot’s campaign manager stole $1.42 million from the campaign didn’t get one on Tuesday.

Jamie Schwartz – who was sentenced to two years in federal prison – did not offer an explanation when US District Judge Timothy Black said he struggled to understand why Schwartz embezzled the money for nearly ‘a decade.

“I wonder what you were doing with all that money,” Black said.

Schwartz, who wore a navy blazer and gray pants, said nothing.

At one point, the 42-year-old Elder High School and Ohio State University graduate said he “started digging a hole (and) couldn’t get out of it.”

As the amount of money stolen increased, Schwartz said, “my behavior got worse and worse.”

“My life,” Schwartz added, “was a constant lie.”

Schwartz’s embezzlement of campaign funds from the Westwood Republican took place over at least eight years, prosecutors said. But the scheme began to unravel in the summer of 2019 when the Federal Election Commission launched an audit of the campaign.

According to prosecutors, Schwartz falsified official documents, forged bank documents and even lied to the FEC. Eventually, it all became too much.

Schwartz surrendered and last year pleaded guilty to charges of wire fraud and falsifying documents in connection with a federal investigation.

Continued:How a rising West Side Republican operative found himself at the center of Steve Chabot’s campaign financial mess

“It came completely and completely clean,” Singer said. “It’s a rare occasion that a defendant walks into our office with a box of evidence and it’s an open book.”

Schwartz, whose political career is over, now works as a freight broker. As part of his sentence, he must repay the $1.42 million to the campaign. That amount is a conservative estimate of the amount he obtained through embezzlement, prosecutors said.

So far, Schwartz has paid about $13,000 from the sale of a Jeep he bought with embezzled money.

In court, Schwartz apologized to several people, including Chabot, his former employees and his family, including his son and daughter.

Prosecutors said Schwartz wrote checks from the Chabot campaign bank account to himself. The money also went to his consulting and media companies.

“Essentially he was taking money as he needed it,” Singer said.

To cover up the fraud, prosecutors say Schwartz lied to the campaign and the FEC that his father was the campaign treasurer — even though Schwartz himself was the unofficial treasurer. Her father is a jeweler in Bridgetown who has never worked for Chabot’s campaign.

As de facto treasurer, prosecutors said Schwartz covered up his theft by sending false reports to the FEC misrepresenting the amount he paid himself and his businesses. Schwartz also misrepresented campaign contributions as well as the amount of money in his bank account.

The 2019 audit was triggered by botched reports from Schwartz about a fundraiser, according to court documents. In July 2019, an FEC audit team came to Cincinnati to perform a field audit, according to the documents.

About a month later, realizing he could no longer continue the cover-up, according to prosecutors, Schwartz went to the U.S. Attorney’s office and surrendered.

Before imposing the prison sentence, which partly acts as a deterrent, Black said: “You can’t commit financial crimes and then promise to pay the money back when you get caught.”

Tauren Wells brings the heat on new single, "Fake It"