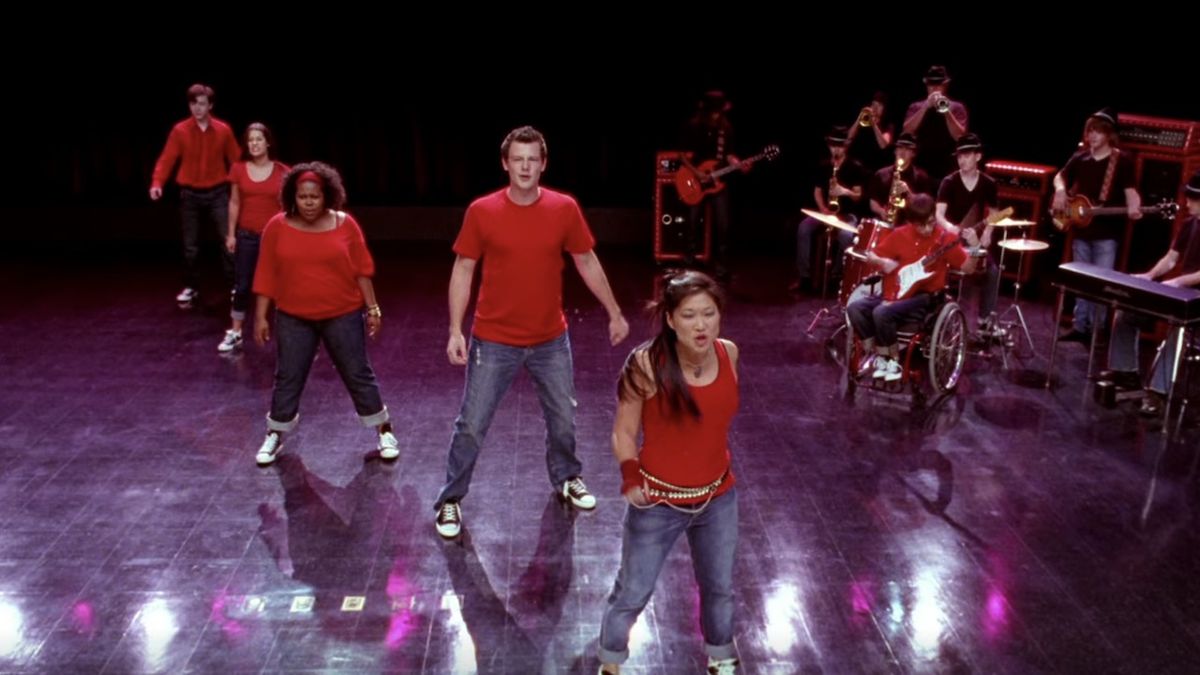 You probably don’t know this about me, but I was a massive Gleek. That’s right – a fan of the series, Joy.

While my love of comedy-drama didn’t come before way down the line – like, season 4 was on the air – i always really enjoyed the show, and tuned in pretty regularly even when the songs got a little gritty and the performances sometimes made me feel bad ease (looking at you “Blurred Lines”).

But, through six seasons and so many more Joy cast members with phenomenal voices, there were several cover songs that really stood out among the rest. Some that really stand the test of time – and honestly, I listen to them more now than the original recordings. For those who are fans of Joy – and maybe even for those who just want to listen to good songs – here are the best Joy covers of songs from the Fox show.

Do not stop Believing

What kind of Gleek would I be if I didn’t even bother to mention the song that started it all, Journey’s “Don’t Stop Believing”? In the very first episode, we’re blessed with this incredible rendition featuring the original five members of New Directions, and while we get another version of it in Season 5, nothing beats this one.

You can’t sit there and tell me you’re not crying now thinking of Cory Monteith as Finn Hudson singing this with Lea Michele’s Rachel. I’m already sobbing. Same Lea Michele agrees it’s one of the best.

Definitely one of my favorite female-led performances on the show. Featured in the Season 3 episode, “Mash Off,” sung by Santana and Mercedes (Naya Rivera and Amber Riley), this mash-up of two of Adele’s biggest hits was definitely a killer when it premiered at home. television, blending Mercedes’ powerful voices with the dramatic tone that Santana had to offer.

It always reminds me of the talent these two amazing actresses they really are – and it’s not the last Mercedes/Santana duo on this list.

Watching this performance now is even more exciting knowing that a new Nasty film arrived.

While I’m sure Ariana Grande and Cynthia Erivo will both be outstanding, there’s just something about Rachel and Kurt (Chris Colfer) singing that ballad in the Season 1 episode, “Wheels.” Their two voices, so different, blend together so well and give my ears a happy feast every time I listen to it.

Make you feel My Love

After the sad death of Cory Monteith in July 2013, Joy wanted to find a way to honor his legacy as Finn Hudson, and they did in the episode “The Quarterback”, where many of the original characters sang their own song in his honor. Rachel (Michele, who was dating Monteith at the time) sang Adele’s “To Make You Feel My Love,” and God, even listening to it now, years later, still brings me to tears.

The amount of emotion she pours into this performance is unlike anything I’ve ever experienced, and you can truly tell she’s going through so much pain. This is a testament to her singing skills.

Start Me / Living on a Prayer

One of my favorite episodes of Joy is “Never Been Kissed,” primarily for the awesome music featured in it and its stellar plot. One of the mashups is “Start Me Up/Livin’ On A Prayer”, by The Rolling Stones and Bon Jovi, respectively. And I love listening to it over and over again.

There’s something so rewarding about seeing this whole group of women get together and sing these two very classic rock songs and kill them on stage. They really lived on a prayer. And their outfits were so amazing.

The episode, “Vitamin D,” features another mash-up that makes this list, this time sung entirely by the band’s main guys, who performed “It’s My Life/Confessions,” a Bon Jovi and Usher mashup, and somehow, it’s so fantastic.

Even though the styles are completely different (the first rock and the other R&B), they merge these two songs perfectly, and the vocals fit together and create amazing harmonies. I still remember Finn’s voice when he sings “This ain’t a song for the Brokenhearted”. Memories…

I think everyone fell in love with Blaine (played by the charming Darren Criss) when he first appeared in Joy in the episode “Never Been Kissed”, – just like me, even though I already knew him from A very pottery musical. However, it was when he opened his mouth to sing the classic Katy Perry song, “Teenage Dream,” that I realized how in love I was.

He and the Warblers were the perfect choice for that. Their smooth movements, their charming smiles and that nice little bounce they do when they start dancing…it’s all so good. What a great character introduction.

You thought we were done with Blaine? Damn no. It is featured again here, in “It’s Not Unusual” from the Season 3 episode, “The Purple Piano Project”. While I will always have a personal love for Carlton of The prince of Bel-Air dancing to this Tom Jones classic, Blaine’s cover of the song has another special place in my heart because it’s full of energy.

Him on the stairs dancing with the cheerleaders, having just the time of his life now as a student at McKinley High School – gets me every time.

If I die young

The first time I heard Santana sing this song in the episode “The Quarterback”, in honor of Finn, I cried for a good ten minutes straight.

The original, “If I Die Young”, by The Band Perry, always made my heart sink, but Rivera’s distinctive voice was something out of a fairy tale and she was able to deliver the perfect amount of emotion and created a beautiful interpretation. It’s even sadder to think of Rivera unfortunate death in 2020.

Another Santana song. Although some people may not know “Cold Hearted” as much since it was released during season 4 of the series, I really like it. In the episode “Feud”, Santana sings this song to Rachel’s boyfriend at the time, which she knew was bad news. And, God she gets away with it.

The original was sung by Paula Abdul, but I think Rivera did it even better. Santana just has that sass and pizzazz she brought to the song, mixed in with Rivera’s already impressive vocal range. If you haven’t heard it yet, be sure to listen.

What’s better than dressing up as a zombie? Dance like a zombie to a mashup of Michael Jackson’s “Thriller” and Yeah Yeah Yeahs’ “Heads Will Roll”. As a big fan of zombie shows like The Walking DeadI can say that seeing my favorite Joy the cast members all dressed in zombie gear is something i can get – but let’s be honest, we’re here for the music and Damn are they amazing.

The harmonies, the dance movies, the atmosphere of a football match – it all works so well together. It’s definitely a killer performance – see what I did there? Eh eh.

Don’t rain on my parade

Another classic, this time with Rachel. We first see her sing this song in the Season 1 episode, “Sectionals,” where she performs it to bring New Directions to the competition, and we’ve heard it pretty regularly throughout her run. on Joy. But, it is clear that the first time is the most magical.

It’s just cries Rachel Berry. It shows off his complex vocal range, stage presence, and overall ability to hit those high notes. Even though Rachel can be a bit boring at times, you can’t deny her talent.

Want more Warblers? We have them here. In the Season 2 episode, “Original Song,” the Warblers appear at another competition where they sing that P!nk classic, “Raise Your Glass,” and you can’t help but love them.

Again, this is one of those covers you just want to get up and dance to. The Warblers all look like they’re having a blast, and damn it, I want to join them on stage. And, of course, Blaine is awesome as always.

Can you say that Santana is my favorite character? In the Season 2 episode, “Special Education,” Santana takes on this solo, “Valerie,” by Mark Ronson and Amy Winehouse, in another competition, where Brittany (Heather Morris) and Mike (Harry Shum Jr. ) show off their dancing skills.

Again, this performance is filled with so much energy, and Santana’s voice really shines in one of her first solos.

This cover features the amazing voices of Santana and Mercedes again in Joy, for “River Deep, Mountain High”, originally performed by Ike and Tina Turner. And, wow are these two phenomenal women blowing the whole high school roof off.

Again, this is another case where they match perfectly and are just right fantastic, with their attitudes combined while singing, completely showing the passion of the song.

I will Always Love You

Finally, we have Mercedes’ cover of “I Will Always Love You”, by the Amazing Whitney Houstonin the Joy Season 3 episode, “Heart”.

The song itself is historic no matter what, but Amber Riley’s soulful vocals are spot on in every way and a perfect fit for this cover. Whitney Houston would have been proud of her voice in every way, and the performance itself is just amazing – Amber in that red dress, singing her heart out to Sam – ugh, it gets to me every time.

Joy will forever live on in my heart as one of those shows that had its issues, but will always mean the world to me. It was something special that I felt I was a part of, and now I have all these great covers to listen to even years later.

What was the last music video Juice WRLD recorded before his death?