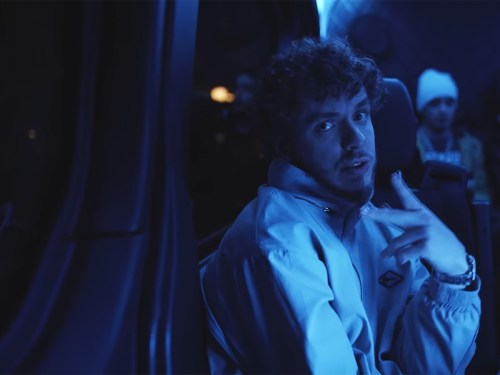 At its peak, it thrives

Video for the Come home, the kids miss you Deep Cut features footage from the Kentucky rapper’s recently wrapped tour

The Last of Jack Harlow few music videos have been high-production events — he served as a motivational speaker and business executive on ‘Nail Tech’, then did a few stealth moves all night on ‘First Class’ and took over the Kentucky Derby with Drake in “Churchill Downs.” But the recently released video for “Like a Blade of Grass” taps into the direct source of the rapper’s star power.

Visual by Brian Campell of Harlow for the Come home, the kids miss you deep cut is an ode to his fans. Released the day after the end of an extensive North American tour that put him front and center in the arenas for the first time, the video brings together footage from the entire trek with precisely timed transitions.

“I met you in the dark, I’m trying to light you up / I could buy you anything, let me spend some time on you / ‘Cause I want you,” Harlow insists on the smooth, mid-disc. -tempo. If a track didn’t play, the audience would probably be stronger than him.

But life on the road for Harlow isn’t all jam-packed shows. “Like a Blade of Grass” also finds the rapper killing time backstage in Boston with Celtics player Jayson Tatum and tossing ping pong balls across the table with Drake in Toronto.

“It was by far the greatest year of my career and being able to build a real relationship with him and make music with him and meant the world to me,” Harlow tell the audience in Toronto, including his North Star-turned-mentor who captured the moment on a camcorder. “Give it up for the greatest of all time, Drizzy Drake.”

With the Come home, the kids miss you tour checked off the list, Harlow takes the next step to keep the flame he’s nurtured all year from snuffing out. For Halloween weekend, the rapper will take on a different stage for the night, settling into Rockefeller Center to double as host and musical guest on Saturday Night Live.

The kids are just going to have to miss it a little longer.