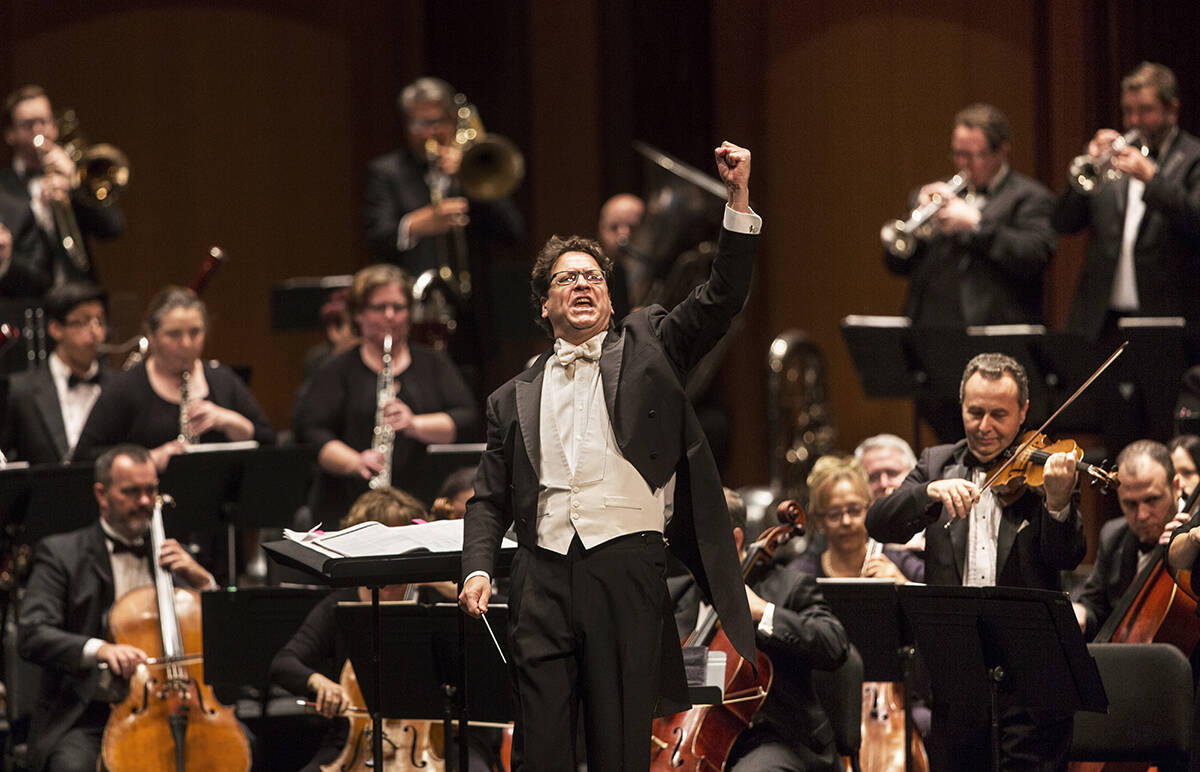 This symphonic relationship ends with a crash of cymbals.

The former leader also claimed she was the victim of a “concerted campaign of retaliation”, including verbal abuse, during her time at the Philharmonic Orchestra. The lawsuit routinely names Philharmonic Board Chair Jeri Crawford at the center of the allegations.

Berquist was fired Jan. 25, after eight months in the role. She has since been replaced on an interim basis by former executive director of the Sacramento Philharmonic and Opera, Alice Sauro.

As my colleague Katelyn Newberg reported on Monday, the lawsuit further alleges that Crawford ordered Berquist not to tell LVP board members or employees about his $250,000 site operator grant. closed, designed to help sites and businesses recover from pandemic-related deficits. The grant was awarded in November. The lawsuit says Berquist refused to follow that directive.

The lawsuit also alleges that Crawford embarked on a campaign to “sabotage Ms. Berquist’s professional performance” and an allegation to certain symphony musicians – as well as LVP Musicians Union President Jack Gaughan – that Berquist was ” unable to perform his professional duties”.

Berquist’s lawsuit was filed on Valentine’s Day. The dispute was originally published by classical music website SlippedDisc. Originally, it was erroneously reported that Berquist was seeking $15 million in damages. Instead, Berquist’s Las Vegas attorney Steve Gibson said Monday that the specific amount his defendant seeks in damages will be determined at trial.

“There is certainly considerable damage, and these allegations are clearly founded,” Gibson said in a phone conversation Monday afternoon. “These are damages that far exceed the jurisdictional threshold.”

LVP’s board said in a statement Monday morning: “The allegations made in the complaint are patently false. The Las Vegas Philharmonic Orchestra’s board of directors voted unanimously to part ways with executive director Anne Berquist because of her performance in that role. The Commission is saddened that Ms. Berquist subsequently chose to raise false and baseless allegations.

“The Philharmonic will defend itself vigorously, while focusing its energy on continuing to provide a premier cultural resource for residents and visitors to Clark County.”

Berquist’s lawsuit further claims that Crawford “personally paid” certain employees in the amounts their salaries had been reduced by during the COVID-19 pandemic. The lawsuit alleges that the orchestra failed to report the salary payments to the IRS and “failed to pay employment taxes” associated with the payments.

In December, Berquist sent a letter to the board of directors reporting “financial misconduct and retaliatory conduct,” the suit says. Berquist was placed on administrative leave, then fired Jan. 25 following a mediation meeting with Crawford that “ended with no settlement.”

Later Monday, LVP spokeswoman Michele Madole declined to answer in which specific areas the board felt Berquist was deficient in her role. The Philharmonie’s representative also did not say if there would be any changes to the Philharmonie’s recruitment procedures. Madole said LVP will answer many questions from the public in its motion to respond to the court. No date has yet been set for the case.

The Philharmonie was founded in 1998 and is currently under the musical direction of Donato Cabrera. The company’s next performance is its “Brass With Class” Spotlight series, featuring Nathan Tanouye on trombone, Bill Bernatis on horn and Juiling Hsu on piano.

Berquist was hired as the company’s executive director after a high profile national recruiting drive. The complaint says she was in talks with LVP from early November to late December 2020. The accomplished cellist and seasoned executive hails from Douai in northern France. She was artistic director at Disneyland Paris, then worked at the Théâtre du Châtelet in Paris.

Most recently, Berquist served as executive director of the Arts Council in Kalamazoo, Michigan, for seven years while working as a public relations representative.

Gibson spoke about his client’s intention to level the lawsuit, saying, “Ms. Berquist intends to pursue these claims until improper resolution.

The Majestic Repertory Theater is hosting a special midnight screening of “The Craft: The Unauthorized Musical Parody” on Saturday. Katie Marie Jones (who works at T-Mobile Arena during the Golden Knights Games and also attends Dark Mondays) and Caitlin Ary (‘Baz’ ending) co-star. The musical is a satire of the 1996 cult horror film, filled with hits from the 1999s. Tickets are $40 for VIP, $30 for GA. Go to majesticrepertory.com for more details.