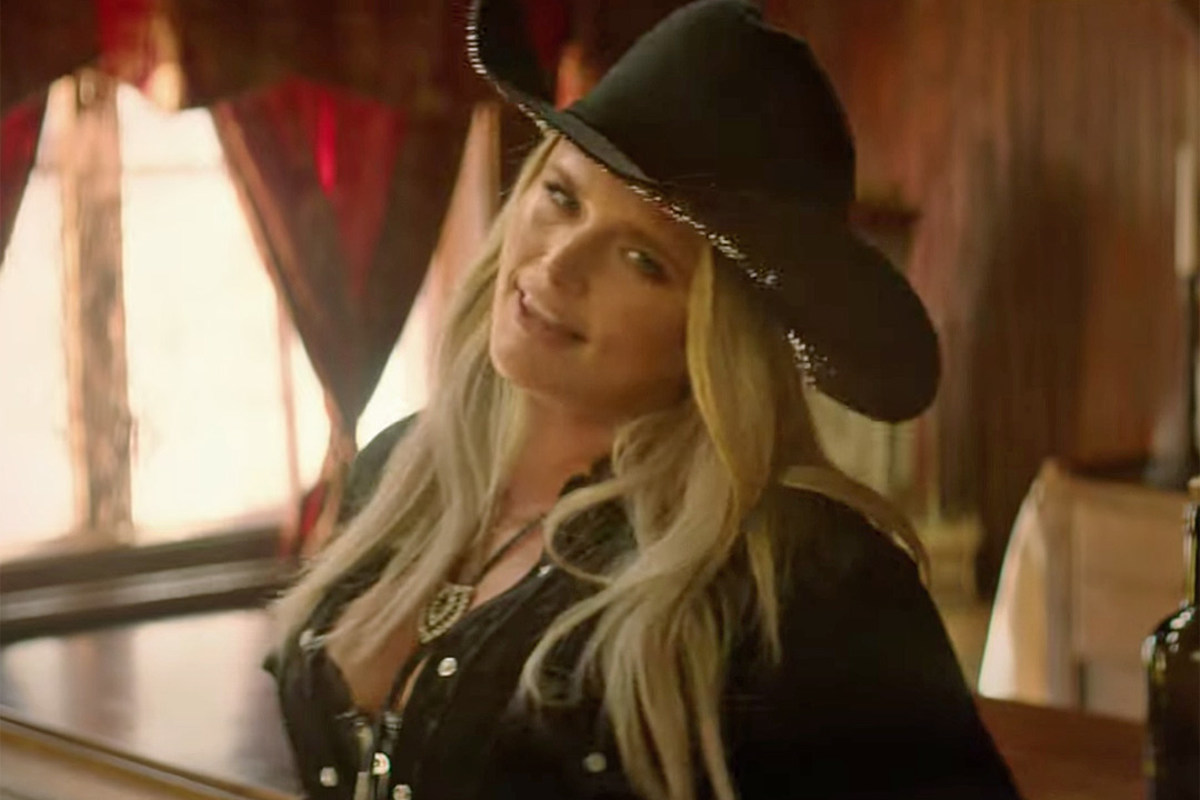 Miranda Lambert makes life as a cowboy pretty easy in her new music video “If I Was a Cowboy”. The singer isn’t quite the hero of the story the scenes tell, but it’s clear that she has everyone’s respect in town.

Trey Fanjoy made a video which Lambert says was shot in a small town in Texas, complete with some real cowboys and some nice plants (we see you working, Brendan McLoughlin!).

As the catchy tune carries Lambert from his horse to the living room, a bit of drama is brewing at a nearby poker table. A busty brunette who turns out to be good friends with the protagonist shows great concern early on, but before the whiskey can even be finished, chaos is avoided.

Additional scenes come from a modern campfire, where Lambert sits alongside several men and works through verse and chorus. She flaunts her dimpled smile on several occasions, and even through the scuffle, no one ever seems in a great rush. Its rhythm matches the song.

“If I Was a Cowboy” adds a pinch of Western music to Lambert’s catalog. In this way, it’s an extension of the songs released on the Grammy-nominated album. The bands of Marfa, his project with Jon Randall and Jack Ingram from May 2020. This album was recorded in a small town of Marfa, West Texas. With this new clip, the Nashville-based singer continues to show fans around the hot spots of a small town in her home state.

Miranda Lambert’s best songs include No.1 hits, country radio duds, and deep cuts that fans are hoping the record singer of the year will perform live on. Since 2005, Lambert has always offered fans honest country music that touches the soul. We’ve been there through her ups and downs as she fell in love and love. The anger, the pain, the love and the madness – it’s all there in this list of the 20 best songs by Miranda Lambert.

Miranda Lambert paid $ 3.4 million in 2016 for her rural estate an hour south of Nashville, which includes 400 acres of leafy farmland. The property includes rolling hills, rustic living spaces and a huge stable, as well as three residences, a lake with a boathouse and a six bay garage. There are 75 acres of fenced pastures, as well as lighted walking trails that wind through the woods leading to a lodge that seats 60 people for private concerts.