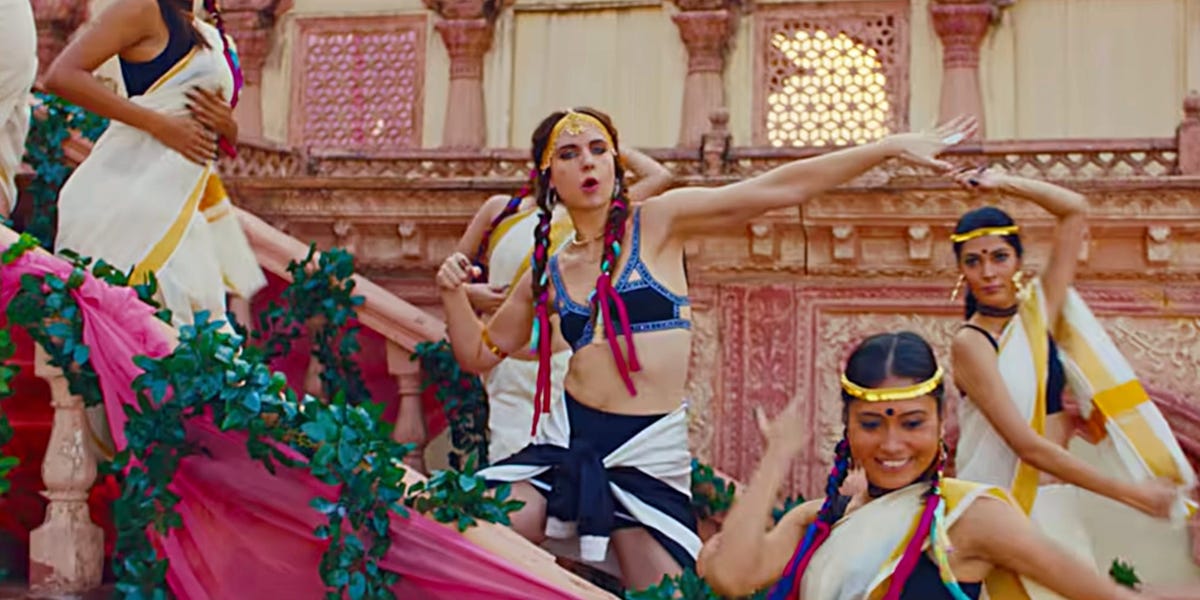 Nearly seven years after the release of Major Lazer’s “Lean On,” MÃ˜’s name is still synonymous with smash hits.

However, the Danish singer-songwriter has complicated feelings about his legacy – particularly the music video, which was largely shot in India.

“The video is so beautiful and amazing, but I definitely think it’s cultural appropriation, that’s for sure,” she said. “And I’m so glad people made me realize that, because at the time, I didn’t really understand.”

According to Diplo, MÃ˜ was cast as the song’s featured singer after Rihanna and Nicki Minaj turned him down. She helped rewrite the song to a faster pace, relying on an instrumental by German producer Jr Blender. French producer DJ Snake provided the high-pitched wordless hook.

Diplo went on to praise MÃ˜’s contribution, telling Time that she “sounds better than anyone was going to sound on this record”.

“Lean On” quickly became the biggest hit of 2015. Within months it was crowned Spotify’s most-streamed song of all time (a track later ceded to Drake’s “One Dance”) and was recently certified diamond by the Recording Industry Association. of America (RIAA).

In less than a year, the clip became one of the few to surpass one billion views on YouTube. It has since topped 3 billion.

For all its popularity, however, “Lean On” was met with critical skepticism and accusations of appropriation. MÃ˜, Diplo and their fellow artists are featured in the video wearing “traditional Indian style and clothing” and performing Bollywood-inspired choreography while surrounded by South Asian dancers.

Diplo, who credited India with inspiring him to “keep pushing the boundaries” of music, balked at such criticism in 2018.

“I don’t really…fuck it,” he told the Guardian. â€œWhat kind of music am I supposed to make? Â»

“As a white American, you don’t have any cultural capital, unless you’re making Appalachian fiddle music or something. I’m just a product of my environment,” he said. -he adds.

For her part, MÃ˜ told Insider that she was unaware of the line between cultural appreciation and appropriation while filming the video – but now thinks “it’s so important to speak”.

“I understand a lot better now,” she said. “I’m still learning. It’s definitely something I think about a lot now, with the aesthetic and how I approach my look, myself and my songs. I’m not perfect and it’s a process learning, but, I mean, it was problematic.”

MÃ˜, who will release her third album “Motordrome” on Friday, also said she was grateful to fans who embraced “Lean On” and continue to support her music.

â€œNow, after years have passed and looking back, I am so overwhelmed that this actually happened,â€ she said.

“I really was a rising indie-pop artist. And then this song, all of a sudden, opened all the doors for me,” she continued. “And it was really upsetting, but it was also the adventure of my life.”

American Idol star opens up about mental health and sexuality