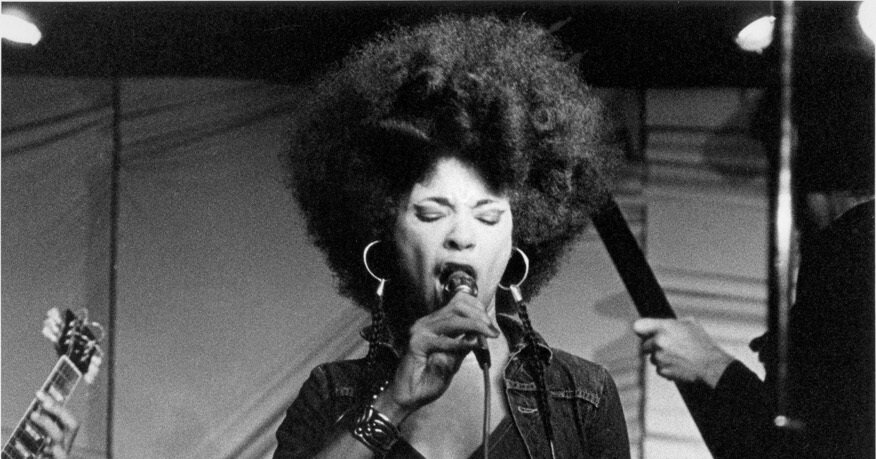 Betty Davis, the singer and songwriter whose raunchy personality, fierce funk grooves and Afrofuturistic style in the early 1970s made her a precursor to future R&B and hip-hop, died Wednesday in Homestead, Pa., the town outside of Pittsburgh where she had lived. She was 77 years old.

Her reissue label, Light in the Attic, released a statement from her 65-year-old friend, Connie Portis, announcing the death of a “pioneering rock star, singer, songwriter and fashion icon”. The cause was not specified.

Ms. Davis, who first recorded as Betty Mabry, derives her surname from her year-long marriage to jazz trumpeter and bandleader Miles Davis. The music she made in the early 1970s didn’t bring her any national hits, but it directly foreshadowed the uninhibited funk of musicians from Prince to Janet Jackson to Janelle Monáe.

On the three albums she released from 1973 to 1975, Ms. Davis growled, moaned, teased and rasped through lascivious, bluesy and stubborn songs. She posed in lingerie, Egyptian Revival regalia and space warrior attire, with her hair in a towering Afro; she performed in silver thigh high boots, cropped shorts and a bustier. Poet Saul Williams described her as “the burning secret of black femininity and sensuality expressed through song”.

“Nasty Gal” would be her final studio album released shortly after it was recorded, and she never had a certified hit. In the early 1980s, she almost completely left the music industry. Yet listeners and musicians alike rediscovered her repeatedly, and Ms. Davis earned ever-increasing respect as her music was sampled – by Ice Cube, Method Man and Lenny Kravitz among others – and reissued. “This lady was hip before she was hip” Mr. Kravitz tweeted.

She was born Betty Gray Mabry on July 26, 1944, in Durham, North Carolina, to Henry and Betty Mabry and grew up in rural North Carolina and Homestead. His father was a steelworker, his mother a nurse.

The 2017 film “Betty: They Say I’m Different” recalls listening to blues and rock ‘n’ roll in her early childhood – Big Mama Thornton, Howlin’ Wolf, Elmore James, Chuck Berry – and qu she was singing along with the record. player. She was 12 when she wrote her first song, “Bake a Cake of Love”, and she sang in local talent shows.

As a teenager, Ms. Mabry went to New York to study at the Fashion Institute of Technology; she brought a notebook full of songs. She worked as a model for the Wilhelmina agency, appearing in Glamor and Seventeen magazines and as a pin-up girl in Jet magazine. She also worked as a club hostess, and she savored the city’s nightlife of the 1960s and met the likes of Andy Warhol and Jimi Hendrix.

His first single, released in 1964, was “The Cellar”. According to Danielle Maggio, an ethnomusicologist and adjunct professor at the University of Pittsburgh who wrote her thesis on Ms. Davis, the song was named after a private club at Broadway and West 90th Street. Ms. Mabry became an MC, disc jockey and hostess, and the club attracted artists, musicians and athletes.

In 1967, the Chambers Brothers recorded one of his songs, “Uptown”. South African trumpeter Hugh Masekela, then her boyfriend, produced a 1968 single for her, “Live, Love, Learn”.

She met Miles Davis at a jazz club and became his second wife in 1968. A photo of her is the cover of his 1969 album “Girls of Kilimanjaro”, which includes a track titled “Mademoiselle Mabry”. Mrs. Davis introduced her husband to the music of Jimi Hendrix and Sly Stone, catalyzing his move into rock and funk.

While Mr. Davis was working on a later album, he considered calling it “Witches Brew”; his wife suggested “Bitches Brew”, the title that stuck. She also convinced him to trade in the dapper suits of his previous career for flashier contemporary fashion.

Mr. Davis encouraged her to perform. In 1969 he produced sessions for her, choosing musicians including Herbie Hancock and Wayne Shorter of his quintet and Mitch Mitchell and Billy Cox of Hendrix’s Band of Gypsys. His label, Columbia Records, rejected the results, which remained unreleased until 2016.

The marriage was rocky and sometimes violent before ending in 1969. She kept the name as she returned to songwriting. Material she wrote for the Commodores won her a recording offer for Motown, but she turned it down because she insisted on keeping her publishing rights.

Ms Davis then moved to London – where a new boyfriend, Eric Clapton, offered to produce an album – then to the Bay Area, where Michael Lang, who had promoted the Woodstock festival in 1969, brought her signed on his label, Just Ensoleillement. Greg Errico, drummer for Sly and the Family Stone, produced his debut album, “Betty Davis”; it opened with “If I’m lucky I might get picked up” and included “Anti Love Song”, which warned, “Just as hard as I’d fall in love with you, boy / Well you know that you would fall in love with me harder.”

Ms. Davis wrote all the songs on her albums and produced the next two herself: ‘They Say I’m Different’ and ‘Nasty Gal’, which landed her on major label Island Records. The music and arrangements were his; she sang each part to her band members. His songs were aggressive, irregularly syncopated funk, anything but coy. In “Nasty Gal”, she bragged, “You said I loved you every way but your way / And my way was too dirty for you.”

But while Ms Davis won over club audiences, she found little radio success, denying her any commercial success. In 1976, she recorded another album, which included the autobiographical “Stars Starve, You Know”. The song complains, “They said if I wanted to make money / I should clean up my act.”

Island shelved the album, which remained unreleased until 2009, and dropped Ms. Davis. In 1979, she found independent funding to make another album, “Crashin’ With Passion”, which she recorded in Los Angeles with musicians including Mr. Hancock, Martha Reeves (of Martha and the Vandellas) and the Pointer Sisters; he, too, remained unpublished. Ms. Davis felt the music business was over with her. In 2018, she said: “When I was told it was over, I just accepted it. And no one else was knocking on my door.

The death of her father in 1980 deepened her isolation and depression. During a year-long visit to Japan in the early 1980s, she played a few club dates with a Japanese band, her last live performances. No immediate family members survive.

But over the decades, she was far from forgotten. In the 2000s, Light in the Attic reissued his albums with his approval, as well as the Columbia sessions produced by Mr. Davis and his unreleased 1976 album, “Is It Love or Desire”. Hip-hop samples made it clear how strong her productions still sounded, and the 2017 film brought new claims that Ms. Davis was ahead of her time.

“Everyone says I was a role model,” Ms. Davis said during her interview with The Times in 2018. “But I never thought about it when I was making music and when I was performing. I just wanted to make good music.