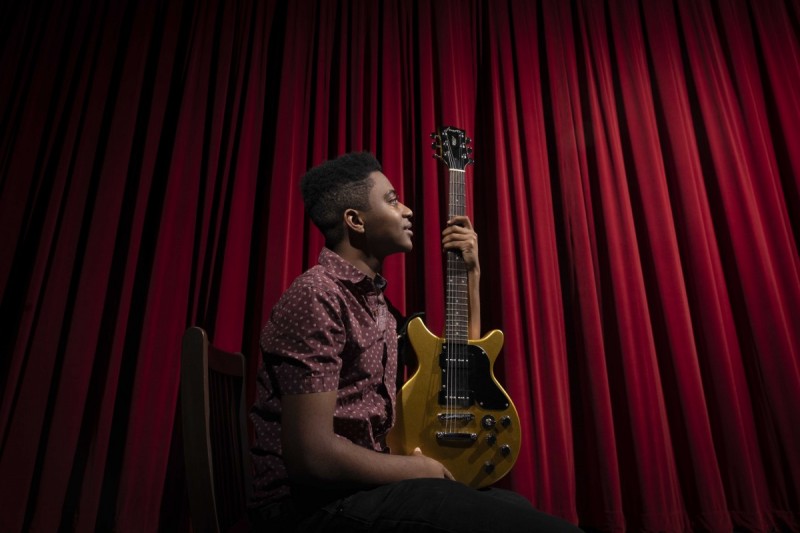 With a degree in English and Sociology from Harpur College of Arts and Sciences, Saint Ange performs under the stage name Saint Parrk. He released “When Stars Lie” in April; the song is part of her 70s inspired album, Star power.

â€œWith this collection of songs I’m trying to tell the story of what it’s like for an African American man to strive for success in the music industry or the movie industry. These industries benefit from the voices of black artists, but the people who consume the work very rarely understand what it means to be black in America, â€he says. “They can listen to the music and they can hear about the wrestling, but they can turn it off and not have to think about it anymore.”

Projects after graduation: to be an actor who works

The arc of his songs looks at what might happen if he gets famous and fame isn’t what he expected.

Saint Angel looks at another subject with his writing – his cultural origin. He’s working on a script on Haitian mythology, trying to renew interest in stories he says no longer be told.

Also an actor, Saint Angelo appeared in productions of musicals at the University An unimportant man and Sweet charity. One of her favorite things on stage is that every performance is different.

â€œMy stage partner might give a cue in a way I’ve never heard it do before and that will completely change the scene,â€ he says. “My job is to run with that and keep it somewhere that feels real to the audience.”

In March, Saint Angel appeared in the virtual production of the Theater Department of Everybody. He followed that up with a role in an indie horror short released this summer, Don’t be a stranger.

The experience in front of and behind the camera helped Saint Angel land a Harpur film associate position last year. In his new role, which he continues this year, Saint Angel creates video content to â€œspice upâ€ the social media accounts of the Drama Department and Harpur Edge.

No matter how busy Saint Angel is, he finds the time to volunteer to give back.

â€œI moved around a lot when I was very young, which made staying in school very difficult. When I started second grade I wasn’t able to read or do basic math, but our church organist was a retired teacher and she helped me, â€he says. â€œWithout her, I wouldn’t be a good student at all. His advice was what propelled me to college. This is something I want to pay up front.

Passionate about community service, especially programs that support people of color, Saint Angel has been involved with the Obama Foundation’s My Brother’s Keeper Project since high school and has been involved in the Binghamton City School District Mentorship Program since enrolling in Binghamton. He has also mentored freshmen in the University’s TRIO programs, helping them adjust to college; these programs offer services to students from disadvantaged backgrounds.

“[Patrick] is a very thoughtful and thoughtful person who speaks eloquently in defense of his moral beliefs. A very impressive young man overall, â€says Nathaniel Mathews, Assistant Professor and Director of the Undergraduate Program at Africa Studies. Saint Angel was a student of Mathews’ Africana 101 studies course and asked him for advice more than once.

While the pursuit of racial equity is at the heart of community service and Saint Angel’s message as an artist, he acknowledged that academia and American culture have more work to do on this front. However, he appreciates the support he received from Binghamton Faculty to understand the world and his own experiences.

â€œThere are great teachers here who always work with the students, stand by our side, try to help us understand each other and allow us to help them understand them,â€ he says.